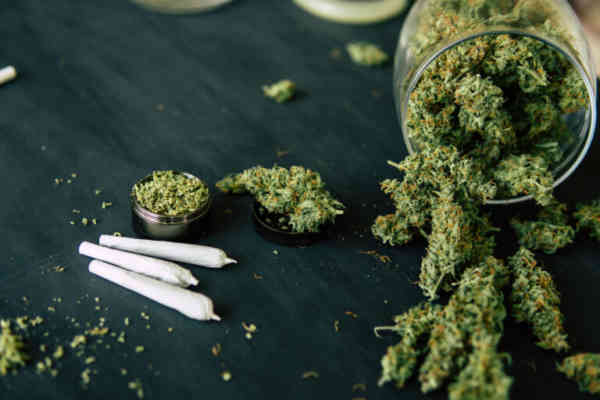 Two Sibiu residents and a Cluj court, accused by DIICOT prosecutors of drug trafficking, were sentenced at the end of July by the Bistrița-Năsăud Tribunal to suspended sentences. The three thought of making money selling drugs, especially since two of them were already cannabis users. For this they made a „order” in Spain, and the package was sent to Bistrița, through a transport company. In Bistrița they encountered some problems to take possession of the package and they went to the hour of death to solve the problem. The three had no idea that DIICOT prosecutors and SCCO police were already watching them.

S.S and B.L. there are two Sibiu residents, who two years ago thought of making money from the sale of drugs, respectively cannabis that they have been consuming for some time. B.L. he told investigators they were thinking about the „business, after through a friend (who in the meantime went to Norway and was a person with disabilities in a wheelchair) that, due to health problems he became a consumer of the cannabis drug, which he obtained from the so-called „Flo” in Cluj-Napoca, a person who owns a fitness room, where the friend of the two Sibiu residents performed a medical recovery. Thus, the two met S.L., from which later, between the summer of 2020 and March 2021, he would have bought different amounts of cannabis – about 20 grams each time, paying him the amount of 50-60 lei per gram. Then they found out that S.L. has relatives in Spain, so S.S. and B.L. they thought of stocking up from there.

“Initially, defendant S.L. refused, but at the insistence of defendant B.L. (telephone, but also during a meeting held near the city of Aiud during January-February 2021) he accepted. Defendant S.S said that in order to get him to procure the drugs, defendant B.L. assured him that he would personally deal with the lifting of drugs after they arrived in Romania. In the same sense, he would have informed him that they would earn large sums of money and that he (the defendant S.L.) would receive part of the money resulting from the sale of drugs, asking them to get as much as possible „, DIICOT prosecutors showed in the indictment.

As a result, S.L. he contacted his mother’s concubine, who lived in Spain, and offered to send the requested drugs to the country. Initially, the man refused, but then accepted the hill, and somewhere around mid-March last year he sent to Romania, more precisely to Bistrița, according to the agreement, a package with the requested goods.

Thus, on 23.03.2021, the three went to Bistrița, in order to take possession of the package on which a telephone number was entered.

“The defendant S.L. moved alone, and defendants B.L. and S.S. they moved in with the car owned by the mother of defendant B.L. After arriving in Bistrița, the three defendants traveled near Năsăudului Street – a place where SC XX SRL Bistrița has its headquarters and from where the drug package was to be picked up. In that place – which could not be identified, the defendants S.L. and B.L., and defendant S.S. he went to the headquarters of SC XX SRL Bistrița to pick up the package with drugs, having on him the phone with the number specified on the package – 0747.5xx. xxx.

Arrived at the headquarters of SC XX SRL Bistrița defendant S.S. requested the surrender of the drug package. Having suspicions about the package in question (given that the person who presented himself was from Sibiu), the representatives of SC XX SRL Bistrița – the witnesses of A.A. and B.B. they asked defendant S.S. the identity card, which states that he does not have it on him. The witnesses conditioned in this situation the delivery of the package from its sale, at which point the defendant refusing to unpack the package, specified that he goes after the bulletin and will return to pick up the package.

From this moment on, the prosecutors entered the wire. That’s how they found out that S.L contacted his mother’s concubine, who in turn contacted a person from Bistrița to go to the transport company’s headquarters to pick up the package, to take him home, from where he was to be picked up by one of the three defendants, respectively by S.S. After the man (who had no idea what the package contained) did as requested.

The next day, on 25.03.2021, the prosecutors went down to the homes of the two Sibiu residents, and about a month later they stopped in Cluj, at S.L.’s home. Incriminating evidence was found in each of the homes, so the three were charged with drug trafficking, drug possession, and complicity in the introduction of risk drugs into the country.

Arriving in front of the prosecutors, the three tried to bathe her, but in the end they acknowledged their actions.

Finally, the judges of the Bistrița-Năsăud Tribunal convicted S.S. at 2 years and 9 months in prison with suspension and the complementary punishment of the prohibition of civil rights. of art. 66 para. 1 lit. a, b and n C.pen. (prohibition of the right to communicate with defendants S.L. and B.L.) for a period of 4 years.

S.L. received a sentence of 2 years and 3 months in prison with suspension and the complementary punishment of the prohibition of rights provided by art. 66 para. 1 lit. a, b and n C.pen. (prohibition of the right to communicate with defendants S.S. and B.L.) for a period of 4 years.

And B.L. received a suspended sentence, respectively 2 years and 11 months in prison and the complementary punishment of the prohibition of civil rights. of art. 66 para. 1 lit. a, b and n C.pen. (prohibition of the right to communicate with defendants S.S. and B.L.) for a period of 4 years.

All three, being drug users, are forced to follow rehabilitation programs. At the same time, they must perform community service in their localities.

The sentence is not final and was attacked by the three young people at the Cluj Court of Appeal.

Young man from Unirea, arrested on remand after drugging two minors and filming them while having sex

Serious accident, with three cars involved, in Cociu! One woman died and another was taken to hospital, where 5 victims arrived. 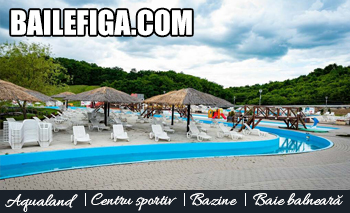